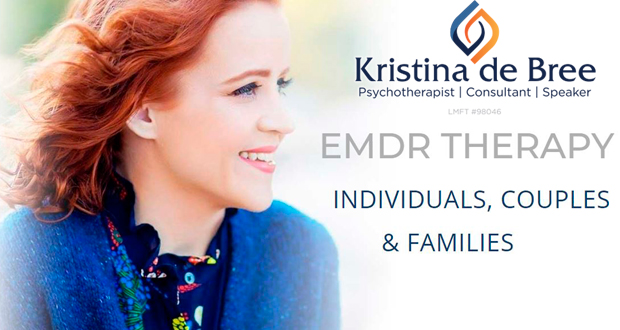 A Santa Clarita therapist is explaining why some people might not be putting their mental health first during the stress of the coronavirus public health crisis.

“There really are a lot of reasons why people deprioritize mental health, but I think with everything going on with COVID(-19) right now, that there are really two things that are contributing to it significantly,” said Kristina de Bree, a licensed marriage and family therapist (LMFT) in Santa Clarita.

“We have to get the bottom needs met consistently in order to get the needs above it met,” she said.

This hierarchy demonstrates that physiological needs like air, water, food, shelter and sleep should be met first. The next most important need is safety/personal security, followed by relationships/intimacy, de Bree explained.

“Right now with everything going on, the physiological needs and the safety needs are really being threatened,” she said. “Love and belongings, friendship, intimacy — that’s also being threatened because of social distancing.”

Typically the last need to be intentionally met sits at the top of the pyramid, and has to do with self esteem, respect, recognition, status, freedom and strength, according to de Bree.

“The top need is self actualization, which is the desire to become the most that one can be, and that is often the piece that drives people to pursue therapy and mental health resources,” she said. “And because the bottom … tiers are not being met, it’s really a challenge for people.”

The second reason people might not be prioritizing their mental health is that their “stress response” has been engaged for longer than is healthy, de Bree continued.

“That is fight, flight and freeze. Well there’s nowhere to run away … and there’s nothing to fight,” she said. “What a lot of people are doing right now is freezing, so this comes from when animals play dead because there’s nothing else to do to protect your life.”

Though a stress response such as freezing can be helpful in some situations short-term, de Bree pointed out that engaging this response for longer periods of time has negative results, including the brain’s higher levels of processing shutting down.

de Bree compared this processing to cars driving on a freeway, but only one or two lanes are open during times of crisis like the coronavirus outbreak.

“This has really detrimental long-term effects, because we’re not processing stuff,” she explained. “Lots of information is coming in, lots of things are happening, and it’s just piling up, so we’re becoming, in a way, like hoarders of emotional content and all kinds of memories. That’s what leads down the line to a lot of mental health problems like anxiety, depression, trauma and trauma-related disorder.”

If utilizing healthy coping strategies such as breathing exercises or walking haven’t been helpful, it’s probably time to find help from a professional therapist in Santa Clarita, according to de Bree.

“It’s really important to reach out to a mental health professional when you need to,” de Bree said. “Many people, including myself, are offering telehealth video sessions so you’re able to get that help, even with all the social distancing going on.”